Fresh Fridays: On Friday, I review a brand new series (ie. only has one book released so far) to see if the series is worth keeping up with. Here is this week’s offering:

Other books planned to be in the series: 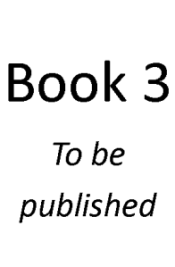 Synopsis for Crave (from Amazon.ca):

Turns out the beautiful man from the club is my new professor… But he wasn’t when he kissed me.

Ex-ballet dancer Olivia would never set foot in a club like Velvet, not to mention seize the stage. But when she learns her ‘perfect’ boyfriend has been cheating, she indulges in a wild fantasy for the first time.

From the moment Sawyer rescues her in the parking lot at the club, Olivia realizes he’s what she’s been missing. The way he touches her sets her on fire.

But one mistake becomes two when she learns Sawyer isn’t only the passionate, mysterious man she stayed up all night with…

CRAVE is an illicit, forbidden full-length novel and book 1 in the OFF-LIMITS trilogy. An addictive, enthralling romance from WSJ and USA Today bestselling author Piper Lawson.

I’ve spent most of 2021 in a reading funk but Piper Lawson’s new releases this year seem to be the balm that soothe it. I’ve read all of Piper’s books–except the short story anthology starring our two leads here–and I always know that I am going to get a great romance story. And I was so excited to see her return to the genre of New Adult romance!

The chemistry between Olivia and Sawyer is so strong right from the start that it’s easy to get sucked into their relationship. And forget that they shouldn’t be together — because they seem so perfect for each other!

Sawyer had made a brief appearance in the Enemies Series but he was still an enigma to me. I liked that we only got a few chapters from his POV because it helped to build up his mysterious side but still provided insight into his mind.

Olivia is a girl trying to find her independence and I liked how her character was evolving. She’s breaking free of that box people put her in but no so much that it feels forced or that her pursuit of Sawyer is simply for the forbidden thrill of it

–The Forbidden Element Loses its Shine As the Novel Progresses–

This is a trilogy about the same couple so not every obstacle to their relationship will be revealed in book #1 and I can appreciate that. However, as much as I loved the forbidden element of their relationship, I found that as the novel progressed, the thrill of their relationship dimmed. Nothing seemed to challenge the romance’s “forbidden” element; those that found out about it treated it as something mundane and there were only a few handful of moments where they were at risk of being caught. But I’m optimistic that this will evolve as the series continues.

It ends on a bang though and I can’t wait to see where this will go next!

I love these characters and their chemistry is great! I can’t wait to see what Piper has in store for them!