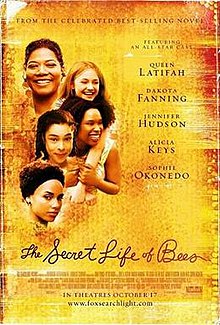 This is perhaps one of the few books that I read in high school that I can genuinely say I enjoyed reading. While it started slow, it really picked up and turned out to be a pretty interesting read.

I think why I really liked it was because I actually did study it and see why things were written as they were. Perhaps that is the English student in me that finds it enjoyable. There are a lot of subtle meanings behind the text and they tend to link up as you progress through the book.

It is a hard book to read for two reasons: 1) is the racism and treatment of a majority of the characters present and 2) it’s definitely a chick book. My poor brother had to read this in high school too and absolutely detested it! But as a girl, I liked it though I found the subject matter to be pretty heavy at times. It’s a book that makes you appreciate how far society has come in the last few decades.

While I didn’t find this book spectacular, I did enjoy reading it. As I said before, it makes you appreciate the world that we live in now and reminds us that we still have some distance to go.

Similar Reads: To Kill a Mockingbird by Harper Lee

It’s been a super long time since I watched the movie so bear with me!

The movie had a pretty stellar cast: Queen Latifah, Jennifer Hudson, Dakota Fanning and Alicia Keys. Overall, I thought they did a good job in their roles; I’m not a huge Alicia Keys or Dakota Fanning fan but I felt like they fit the roles well and I’m not sure who else you could have gotten to do the roles and get the big name appeal.

I know that they changed the age of the Bee sisters and a few other things in the movie but I think they stayed true to the message of the novel.

It wasn’t anything overly fantastic, but it was well done to say the least.

In this case, the winner is the BOOK. I just found it that touch more grittier than the movie and more impactful.

Synopsis for The Secret Life of Bees (from Goodreads):
Set in South Carolina in 1964, The Secret Life of Bees tells the story of Lily Owens, whose life has been shaped around the blurred memory of the afternoon her mother was killed. When Lily’s fierce-hearted black “stand-in mother,” Rosaleen, insults three of the deepest racists in town, Lily decides to spring them both free. They escape to Tiburon, South Carolina–a town that holds the secret to her mother’s past. Taken in by an eccentric trio of black beekeeping sisters, Lily is introduced to their mesmerizing world of bees and honey, and the Black Madonna. This is a remarkable novel about divine female power, a story women will share and pass on to their daughters for years to come.