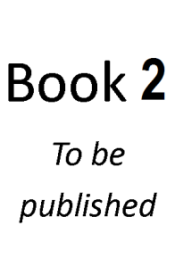 Synopsis for Supremacy (from Goodreads):

Kate Parker, is a 17 year old senior living in Texas. She’s on the swim team, has two incredible best friends, and a passion for saving animals. She falls hard when she meets a mysterious and fascinating guy named Lucas. He has a sexy accent and a killer smile. However, she sees unexplained pain and anger in his dark brown eyes. He claims he’s a foreign exchange student from Spain who is attending the local University—Kate knows there’s more to his story than that. She works hard to discover who he is—what he is.

**This post was originally posted as a Fresh Friday review of the first book of the series. It has now been updated to reflect my conclusion to DNF this series. It will not be further updated.**

When Christin contacted me about reviewing her book, I was willing to give it a shot. It has been a LONG time since I read an urban fantasy novel where everyday human meets some “unknown”. I’m a sucker for a good twist and while I had my ideas (before I even read the novel) about what Lucas’ hidden nature was, I was eager to see what the big secret was.

Honestly, I never saw this twist coming! I thought it was a cool and unique premise; definitely something I had never encountered before. It gave this story an edge that separates it from your typical YA Urban Fantasy Romance.

Kate seems to be pretty perfect when it comes to family life and school. She also seems to have a good heart and genuinely care for people (and animals)–you’re all-round American Sweetheart. I was worried that she would become unnecessarily angsty thanks to her overprotective family and their views on her relationship with Lucas, but she never did. Instead, she kept a level head about her and didn’t create a whole lot of “rebellious” teenage angst. I really liked that, because “forbidden” relationships can often make the heroine an unbearable character to read about **coughcoughBellaSwancoughcough**

According to my Kindle, nothing really happened for the first 30% of the book or so besides Kate meeting Lucas. And even then, that wasn’t overly thrilling. It was your standard normal girl meets mysterious stranger; girl’s BFF encourages her to date him while others tell her to stay away; girl does research to find out boy’s secret. It’s your typical script for anyone who has encountered this premise before and I found it to be dull.

While it does a good job establishing the characters and building the basis for Lucas and Kate’s relationship–I wanted something exciting to happen. Once the “big reveal” happens, things get more intriguing but it was a slow start.

I’m really torn on this to be honest. Thanks to the character development, I understand why Lucas has the personality and tendencies that he does. But they are rather violent, very anger-filled tendencies and they are more than a little terrifying. It makes the relationship between Kate and Lucas seem very unhealthy but almost in a glorified way. Like it is normal to be fearful of your partner because of their anger. While it was never that extreme, I felt like it was leading there at times. Though by the very end of the novel, thanks to the reveals and twists, I kinda got where this all stems from.

Perhaps I’m over analyzing or making a mountain out of a molehill but as I get older, sometimes I really wonder about the relationships that are presented in YA fiction and how young girls read them. The relationship here is definitely not the worst I’ve seen but it did make me concerned at times, even if I did understand the source.

Supremacy ended in an interesting way that has me curious to know what the future holds. But those twists were a little too late I think, and I’ve opted not to pick up the rest of the series.

As the years between my high school graduation grow, I find myself not enjoying certain YA tropes as much as I used to. I think if I read this 6 years ago, I would have enjoyed it more. I think it is a great introductory novel for the Urban Fantasy world for those who are looking for something new. But unfortunately for me, it was a little too slow with the plot and I just didn’t bond with the characters.