Synopsis for Red Rising (from Goodreads):
Darrow is a Red, a member of the lowest caste in the color-coded society of the future. Like his fellow Reds, he works all day, believing that he and his people are making the surface of Mars livable for future generations.

Yet he spends his life willingly, knowing that his blood and sweat will one day result in a better world for his children.

But Darrow and his kind have been betrayed. Soon he discovers that humanity already reached the surface generations ago. Vast cities and sprawling parks spread across the planet. Darrow—and Reds like him—are nothing more than slaves to a decadent ruling class.

Inspired by a longing for justice, and driven by the memory of lost love, Darrow sacrifices everything to infiltrate the legendary Institute, a proving ground for the dominant Gold caste, where the next generation of humanity’s overlords struggle for power. He will be forced to compete for his life and the very future of civilization against the best and most brutal of Society’s ruling class. There, he will stop at nothing to bring down his enemies… even if it means he has to become one of them to do so.

There is a spin-off series in the works, the Iron Gold Trilogy.

Red Rising caught my eye around the time it was released in 2014 but I didn’t think much else of it. The synopsis sounded intriguingly vague and so I decided to “wait and see” if I should pick up the series. As time passed, it seemed to be getting lots of positive reviews and I made the decision to wait until everything was released so I could binge read it all.

I admit, I was a little worried when I first saw the cover of Red Rising, touting it to be like “The Hunger Games”. Lots of series of have tried but nothing has ever lived up to the rush I got reading the first Hunger Games novel. But, the promise of a male protagonist and a dangerous, political game made me excited to dive into this series.

The Concept / The World:

This is one dark, dangerous world–and it sucks you in. I adore dystopian stories that are rich in politics and strategies and this series has it in spades. You don’t know who to trust; you don’t know what games are afoot and if the characters are aware; and you definitely don’t know who will live to see another day.

In that respect, it reminds me of Game of Thrones. You have all these players vying for power in a world that is simple but complexly layered. And no one seems to be safe from the violence. Sure, get attached to the characters but be prepared that some might not make it far.

I also see where the Hunger Games links occur. The idea is very Katniss Everdeen-esque. Darrow is picked to the be face of the rebellion (like Katniss) but unlike Katniss, he doesn’t hesitate to do so. The plot of Red Rising is also very similar to the Hunger Games themselves–and I think fans will embrace the concept with open arms even if it is more politically driven than the need to survive alone.

This series is one of those 5 star reads you give simply because it is beautifully crafted from start to finish. You don’t give it 5 stars simply because you couldn’t put it down–you give it 5 stars for its methodical execution. Simply put, I’ve never read a series like this before. Though I found these novels addicting, I really took my time with them–averaging 7 days to read them instead of my usual 2-3 days.

These books have so many layers; so many doorways for the plot to move down. The twists were amazing. I love stories that have so many games afoot you don’t know fact from fiction or who is in on the betrayal or not.

That being said, I can see why people wouldn’t enjoy them that much. They do start slow, each book rebuilding itself after the amazing ending of the last. I know the violence and murder will turn a lot of people off. People may have a hard time liking the characters. And if you don’t enjoy the mind-games of characters and the charades of politics, you might find this series dry as well.

All I can suggest is to try the sample or give the first book a shot because this whole series builds up beautifully. I feel like these books are ones you appreciate more in hindsight, when you can see how everything unfolded and how it all works together.

Most YA dystopian reads that I pick up have female protagonists. Honestly, I think Winston from 1984 is the only male dystopian lead I can think of off the top of my head if pressed. And while I love reading about strong female protagonists, I always enjoy seeing a male hero rise to the occasion.

Darrow is an interesting character. He easily garnered my sympathy early in the series and maintained it throughout. I loved the way his mind worked–it was endlessly fascinating. His plans, his manipulations, his compassion–they make him unique and a joy to watch. Seeing him grow over the course of these novels was a real treat.

I won’t say much about the other characters because it will lead to a lot of spoilers but I really grew attached to a lot of them. Some I didn’t even realize until something awful happened. I definitely loved and hated these characters and I love when a series brings that out in me!

This is such a minor part of the series but I love how it adds to the depth of the story. This isn’t a romance series by any stretch of the imagination.

My Expectations for the Spin-off Series:

I have my hypotheses for what will happen next but I can NOT wait to see what happens next!

If you love a good science fiction novel rich in action, political intrigue and many, many plot twists, you NEED to read this series! 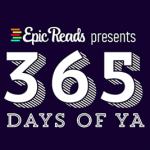