Synopsis for Falling Into You (from Goodreads):
I wasn’t always in love with Colton Calloway; I was in love with his younger brother, Kyle, first. Kyle was my first one true love, my first in every way.

Then, one stormy August night, he died, and the person I was died with him.

Colton didn’t teach me how to live. He didn’t heal the pain. He didn’t make it okay. He taught me how to hurt, how to not be okay, and, eventually, how to let go.

Disclaimer: I stopped reading Falling Into You (Book 1) at 39%. Find out why below…

I picked up Falling Into You years ago for my Kobo when I first got into the New Adult genre. I was looking forward to reading it but the topic of death was one I was rarely in the mood for. So I put it off for years but continued to buy the sequels for the day I finally got around to the series.

I actually read Wilder’s Stripped Series before I read this one. I had really mixed feelings of it as a whole and I was a little skeptical starting Falling Into You when I pulled it for my Rock My TBR challenge. But, I tried my best to go in with an open mind and give Falling Into You a far chance.

Falling Into You starts with Kyle and Nell’s story–something I wasn’t entirely expecting but understand. However, because they are in high school, the petty drama was just a little too much for me to handle. Even worse was that Nell knew she was being melodramatic about certain things but continued on anyways.

So while I could cut them some slack because of their ages and I understand the more rushed nature of those “prequel-esque” chapters in order to set the tone of the story–I just got off on the wrong foot with those characters, resulting in me getting slightly annoyed by their behaviour and simply not caring what happened to them.

It wasn’t the circumstances of the relationship that were off-putting, rather it was the almost “insta-love” vibe I got from Colton that really nailed the coffin closed on this series. I believe that connections between people can happen in a moment but this was just too much for me to swallow when I wasn’t loving everything that I had seen previously. I just didn’t enjoy the more implied, innate nature of the romance.

Will I Finish It?

Sigh…I bought the next two books in the series shortly after I bought the first one just because I got a really good deal. I hate having books unfinished that I’ve purchased but even the idea of skimming Falling Into You while trapped on a train for an hour wasn’t even appealing to me. Maybe later this year I’ll force myself to read a chapter a day or something while reading something else…

This series wasn’t my cup of tea and I think if I had read some more reviews before buying a majority of the series, I would have known that. Perhaps one day I’ll power through them all just to get them finished on my Kobo but not at this time.

Read if You Like: dramatics, insta-love
Avoid if You: if you want more mature characters 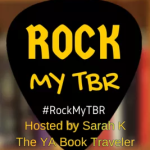